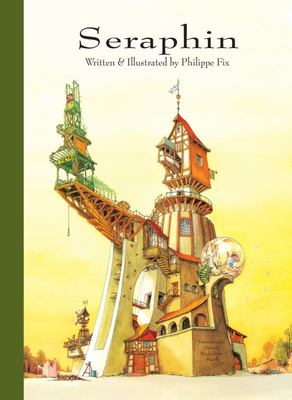 
Seraphin, dreaming of gardens full of birdsongs, sunny avenues, and flowers, works as a ticket seller in a metro station underground. One day, after being scolded by the stationmaster for trying to save a butterfly that had flown into the station by accident, he learns that he has inherited an old, dilapidated house. Overjoyed by the possibilities, he and his friend Plume set about building the house of their dreams, and much more besides Philippe Fix's illustrations, cinematic in their scope, have enchanted children since their 1967 d but. In a fresh translation, Seraphin now allows a new generation to experience the wonder and inventive spectacle of the original.