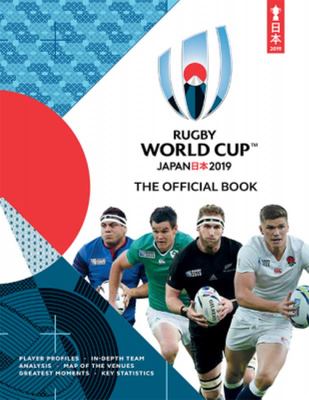 The Rugby World Cup 2019 Japan: The Official Book is the must-have companion to world rugby's biggest event. For the first time ever, a nation outside the Six Nations or Rugby Championship, Japan, is hosting the tournament, and this book contains everything fans will need, from venue guides to detailed information on every team in the finals, key players, playing strengths, coaches, past form and a prediction of teams' hopes of success. In addition to reports on the qualifying tournaments and the fill-in Rugby World Cup Japan 2019 fixture schedule, famous games are recalled in special features, together with biographies of the men most likely to light up the tournament in the way the 2019 hosts did when they shocked South Africa in England in 2015. The Rugby World Cup's glorious history and tournament records are also fully covered making Rugby World Cup 2019 Japan: T